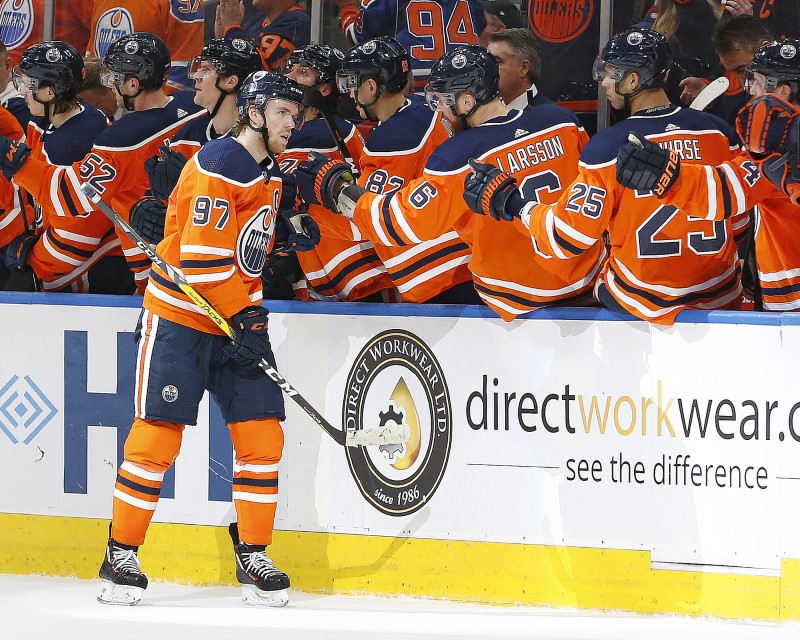 Edmonton Oilers star Connor McDavid was voted the Pacific Division captain for the NHL All-Star Game for the fourth consecutive year on Saturday.

He’ll be joined by the Colorado Avalanche’s Nathan MacKinnon (Central Division) in the Western Conference, while the Washington Capitals’ Alex Ovechkin (Metropolitan) and the Boston Bruins’ David Pastrnak (Atlantic) were named captains in the East. All were determined by fan vote.

The event, featuring a four-team bracket of 3-on-3 games, will be held Jan. 25 in St. Louis. Remaining players (a total of 10 for each team) will be chosen by the NHL’s hockey operations department.

McDavid, who turns 23 in January, entered Saturday leading the NHL in assists (39) and points (59). He’ll be making his fourth appearance as a captain in five career NHL seasons.

MacKinnon, 24, was named the Central captain for a second consecutive year, though he did not play in last year’s event due to injury. He entered Saturday ranked third in points with 53, including 21 goals.

Ovechkin, 34, will captain the Metropolitan for the third straight season, though he also did not play in last year’s event. Ovechkin had scored 22 goals and added 13 assists entering Saturday.

Pastrnak, 23, will be a captain for the first time. He entered Saturday with 28 goals on the season, four more than any other NHL player.

Coastal GasLink protests may be…

Register your business in our directory today Dismiss